The Mind At Large

This website is a place where you can explore spirituality.

welcome to the Mind At Large

Spirituality and religion have shaped society throughout history, but sometimes remain a deep personal matter that is difficult to discuss.

The Mind At Large mission is to help you put your beliefs into practice. We believe that a strong knowledge base is important to understand each other and our world. We cover all myths and mystic knowledge, including Egyptian mythology, Greek mythology, African cosmology, and Chinese medicine. It’s all the knowledge of man and therefore should be available to all.

Our personal collections reflect our good-natured interests in spirituality, folklore, legend and religion.
Uncovering long-hidden truths to reveal a more profound meaning behind the symbolism we all share as human beings.
Our goal is to provide insight into your own personal beliefs and possibly shed new light on other truths. These pages will expand as we find our truths both proud and well-kept, encouraging us to make our own discoveries of self!
This website is a place where you can explore spirituality – the idea that there is something beyond the material world that is meaningful, magical, and inspiring. We hope you enjoy it.

How do i start my spiritual Journey?

The first step is to become interested in your own soul. This is where the real journey begins. To do this, you must first free yourself from materialistic thoughts and feelings by cleaning your mind and heart.

The most important thing you can do is to change how you view the world around you. Stop thinking and feeling, I have nothing, I am nothing, I am too bad, I am not beautiful enough, I will never be good enough or successful enough….etc.

Start to think that you are here for a purpose and that purpose is to become more enlightened.

You have been put on the earth for a reason; so think about what that reason may be. You were put here to contribute something; that is why you were born into this world of chaos and confusion.

Try to understand that everything around us has a purpose and has been created for our benefit in some way or another; even if it is just for our entertainment or enjoyment or it makes us cry or laugh because it makes us feel better about ourselves when we see someone worse off than us (although sometimes we don’t need anything but a good laugh). Read More

How Do I Take Action?

Congratulations, you are about to take your first steps on your spiritual journey. The first thing you must learn is that there are many ways to get to the same place. This is true of all religions. Many people in different parts of the world have found the same truths through different paths.

Ancestor Altar (Spiritual Altar) is a term used in many different contexts and is often used to describe the sacred space around which a variety of spiritual and/or religious activities occur. The term altar may also be used to refer to the physical structure on which a sacred object is placed and upon which offerings are made.

Ancestor Money (Joss Paper, Sprit Money) is used to connect a person to his ancestors. Ancestor Money can be burnt to help the deceased in the other world and to bless the living.

Ancestor Money is also burned to give thanks to The Gods, spirits and the ancestors for protecting us and helping us.

How do I start my spiritual journey?

The only way to start is to start. The journey is the path. When you see that there is no path and that you are the path, then the journey has been completed.

What is the goal of spirituality?

How can I get free from bondage?

If you really want to get free from bondage, you will have to stop asking questions.

What is the meaning of spiritual enlightenment?

In the western world the concept of spiritual enlightenment has become synonymous with self-realization and the true self and false self, being regarded as a substantial essence being covered over by social conditioning.

In eastern traditions, however, enlightenment has generally not been viewed in such terms and has often been thought to involve the total absence of self (anātman, anatman).

In the various Buddhist traditions, for example, it has been considered to be nirvāṇa, a state of peace that is free from the suffering caused by desire, aversion, and delusion.

The Hindu understanding of enlightenment is often that of the realization of the identity between the self and the Supreme Being, in which the soul attains complete liberation from the cycle of birth, death, and rebirth (saṃsāra).

HOW DO I START MY SPIRITUAL JOURNEY?

The first step is to become interested in your own soul.
This is where the real journey begins. To do this, you must first free yourself from materialistic thoughts and feelings by cleaning your mind and heart... Read More

HOW To SET UP AN ANCESTOR ALTAR

An Ancestor Altar is a sacred space that can be dedicated to specific energies/realities for rituals, spiritual expressions, evolution, prayer, divination, etc. Your Ancestral Altar is also a place to meditate... Read More

WHAT IS ANCESTOR MONEY? 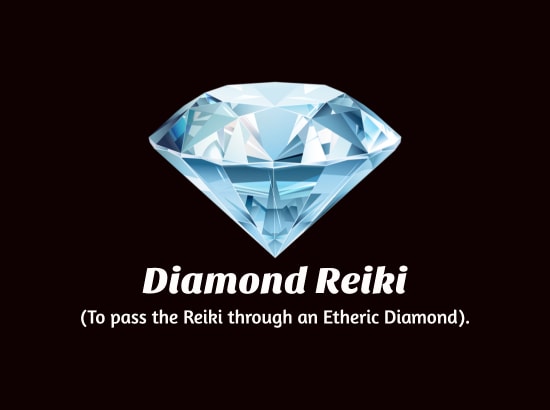 WHAT IS KUNDALINI REIKI?

Kundalini Reiki Level 3 is another milestone in the development and growth of this modality. In this system, we gain pre-requisites for dealing with personal issues, anxiety and agitation... Read More

WHAT IS THE ANKH?

The Ankh is one of the most famous but misunderstood symbols in the world. Some describe the Ankh as the Egyptian cross, although it predates Egypt and the Cross Itself.... Read More